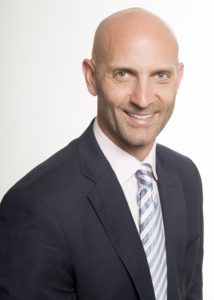 Stanley Buchesky is the Founder and Managing Partner of the EdTech Fund, investing in seed stage education technology companies in K-12 and Higher Education.

Mr. Buchesky was appointed by President Donald Trump in January 2017 to serve as interim CFO of the U.S. Department of Education. He ran and oversaw all of the Department’s finances and operations during the initial days of the Administration until the Secretary could be confirmed by the Senate and other senior political appointees could be hired.

He has a passion for education. Stanley first became involved in education while leading mergers and acquisitions for McGraw-Hill and then as one of the founding board members of Equality Charter School in the Bronx. Starting with an idea in the heads of three educators, he led the school through start-up phase, established oversight committees, and eventually helped expand Equality from a single middle school to a high school as well, graduating its first senior class in 2018.

Stanley has led M&A departments and activities for large companies such as McGraw-Hill, L-3 Communications and Pitney Bowes, leading deals ranging from minority equity investments and joint ventures to multi-billion dollar transformational acquisitions. He has a depth of knowledge in private and public company tax and accounting issues and is a skilled negotiator.

More recently, Mr. Buchesky has advised several candidates for Governor on education policy.  Prior to a career in business, Stan was an Airborne Ranger Army officer serving in peacekeeping missions in Bosnia, Kosovo and Macedonia. He is a West Point graduate with a BS in computer science engineering and a double major in German and French, and he holds an MBA in finance from Columbia Business School. 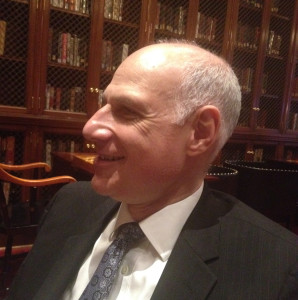 Dan is the CEO of Antenna International, the world’s leading provider of museum media educational content. He has broad C-level experience in operating roles for the information, education and consumer media   businesses. Dan is a recognized innovator, having won McGraw-Hill’s corporate achievement award for product innovation for developing two successful digital products focusing on differentiated instruction and formative testing.Previously, Dan served as Chief of Staff of McGraw-Hill Education, where he was responsible for IT, public relations, strategy & business development, K-12 differentiated instruction pilots, and content management system development.Dan was a partner with Booz, Allen & Hamilton’s highly successful Information, Media & Technology group, leading engagements for large clients across the U.S. and Europe. Other prior roles include COO of Greenspun Media, a $130MM luxury publishing business, SVP of Operations with MTV Networks, and COO and President of Internet for PRIMEDIA, a $1.5B internet and publishing business.

Dan is a Harvard MBA, graduating with honors. He also holds a BS in Manufacturing/Industrial Engineering and a BA in Business Administration from Rutgers University. 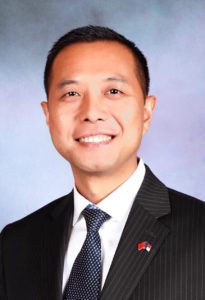 Prior to joining The Edtech Fund, Michael was the Senior Partner of Malartu Funds, an on-line equity seed-funding investment platform, which serves small businesses and young entrepreneurs in Southeast USA. Before that, Michael was a senior executive at top US financial institutions such as Bank of America Merrill Lynch, US Bank and FleetBoston Financial. In his last position as SVP with Bank of America Merrill Lynch, he ran an analytics team and oversaw the firm’s $100B Merrill Edge portfolio.  He has extensive knowledge in risk management, financial analysis, fundraising and investment management. He is also an expert in US/Chinese business cooperation, serving as President of the Carolinas Chinese Chamber of Commerce.

Michael holds a Bachelor’s degree in Finance from Zhejiang University and a Master’s degree in Economics from Vanderbilt University. He obtained the Chartered Financial Analyst (CFA) designation in 2002.

Pete has extensive experience in the education industry. As the former president of McGraw-Hill Education, Pete was responsible for leading one of the world’s top education companies, serving teachers, students and individuals in a range of professions worldwide. He led McGraw-Hill Education’s efforts to develop effective digital learning platforms and tools that are customized to the needs of each student and designed to generate positive learning outcomes at virtually every level of education.Prior to joining McGraw-Hill Education, Peter was executive vice president of global strategy for The McGraw-Hill Companies. Earlier in his career, he was a managing director at Novantas LLC and a senior partner at Booz Allen Hamilton.

Peter holds a bachelor’s degree from Rutgers College and a master’s degree in business administration from the Johnson School of Management at Cornell University. 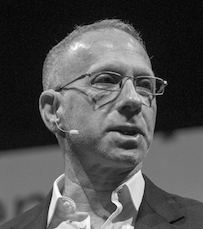 While at NASA Steven Hodas built the U.S. government’s first public website and led the NASA K12 Internet Initiative. In the private sector he went on to create the web’s most popular sites for high school and college students, the first commercial online learning products, and the first large-scale personalized learning platform for school districts.

For the past seven years he has worked closely with early-stage entrepreneurs and investors, launched two companies of his own and recently served the NYC DOE as Executive Director in the Office of Innovation, where he worked on system reforms, next-gen learning structures, human capital, and smart demand. He is currently Practitioner in Residence at CRPE.org